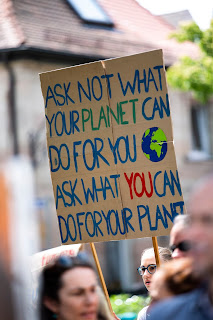 Ah the political realm, how early it shapes our lives. And how much it shapes our lives whether we're apart of it or not, whether we're political or not. My first political memory was of President (Bill) Clinton getting off of a plane. I didn't think much of it then because, well I was always told that I didn't know much of anything. Then came the election of Bush and I hoped he'd win because thats what my parents were for. But in my youngest years, deep at heart I was a liberal. In those days I believed that every person on the earth was simply in the way of the earth. Animals were more important, plants were more important, and even myself could be wiped away so the planet could have it's peace back. At that time I also believed in abortion and loss of gun rights, as well as a strong sense of feminism. I won't sit here and say I was stupid or wrong for my past preferences, but I will say they were misguided. The same is true for when I went in the completely opposite direction with my political affiliations. My heart was enacting too big for God's purpose of this earth, either way. However, it did give me two, although crumbling, foundations for my current beliefs today.
Posted by KJM at 11:11 AM

"Everyone has a purpose. Everyone is here for a reason. God decided to make only one of you." All of these things I've either been told or read somewhere in my down-est, most anxious-riden moments. Every word true. Every word a reminder to keep on going. I'm a suicide surviver and child of God. In a world were everybody is a judge, I'm a proud Millennial. I'd better be huh? Because there are just somethings you cannot change. Here is a simple collection of my memories, my walk with Jesus, and how I'm still very much alive and thriving. If anything I write bothers you please take your self righteous attitude somewhere else, the same applies to my writing style. Its my life and I'll write as messy about it as I please. For those who are here as fellow travelers down a rough road, Welcome!